IFSD originally reviewed the Green Party’s first platform costing.  IFSD finds that the revised Green Party Platform Costing merits an overall ‘pass’ rating. It is a significantly improved document from the earlier release. From a voter perspective, there is a clearer picture of the baseline assumptions and articulation of economic and fiscal challenges and uncertainties associated with the Green Party’s Platform. The revised costing makes significant use of the Office of the Parliamentary Budget Officer’s (PBO) costings which are identified and linked in the costing document.

While the Green Party earns a ‘pass’ rating on both realistic assumptions and transparency, the revised costing receives a “fail’ rating on responsible fiscal management. The fail rating is a difficult and challenging assessment.

The Green Party has an ambitious agenda with significant resources set aside for pharmacare, education, infrastructure, the environment and to addressing challenging elements of Canada’s history. The platform is ambitious relative to the platforms of other parties.

The Green Party’s revised costing’s fiscal strategy is based on a medium-term balanced budget objective and a PBO pre-election fiscal outlook. To pay for the large proposed outlays, fundamental changes are proposed to the tax system – new taxes related to wealth, financial transactions, banks and the taxation of e-commerce; the elimination of capital gains deductions; and an historic one time increase in corporate taxes.

While there is significant uncertainty associated with the costing of individual tax measures, this uncertainty (economic and fiscal) is magnified when all of these measures are combined and implemented over the short-term. While the Green Party highlights risk related to the implementation of these measures, there are no contingency plans or prudence adjustments to raise confidence in the medium-term fiscal objective of a balanced budget. We also note that there is a double counting of savings in the revenue raising measures (bank taxation and corporate tax increases) that would undermine the balanced budget objective. For these reasons we find the Green Party’s revised platform costing to be based on clear assumptions, that are relatively transparent but which are not defensible from a medium-term fiscal strategy perspective given the enormous levels of uncertainty. 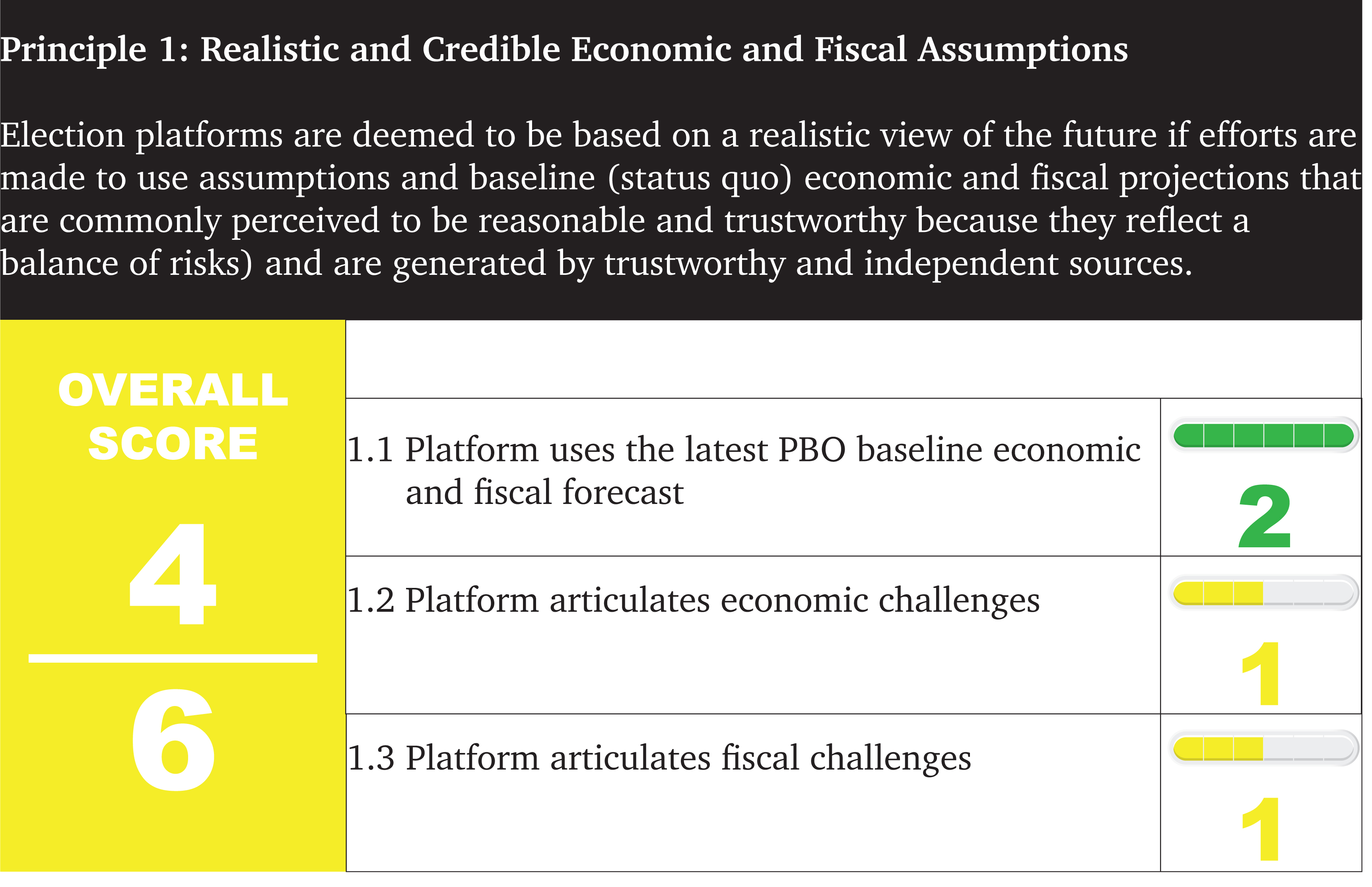 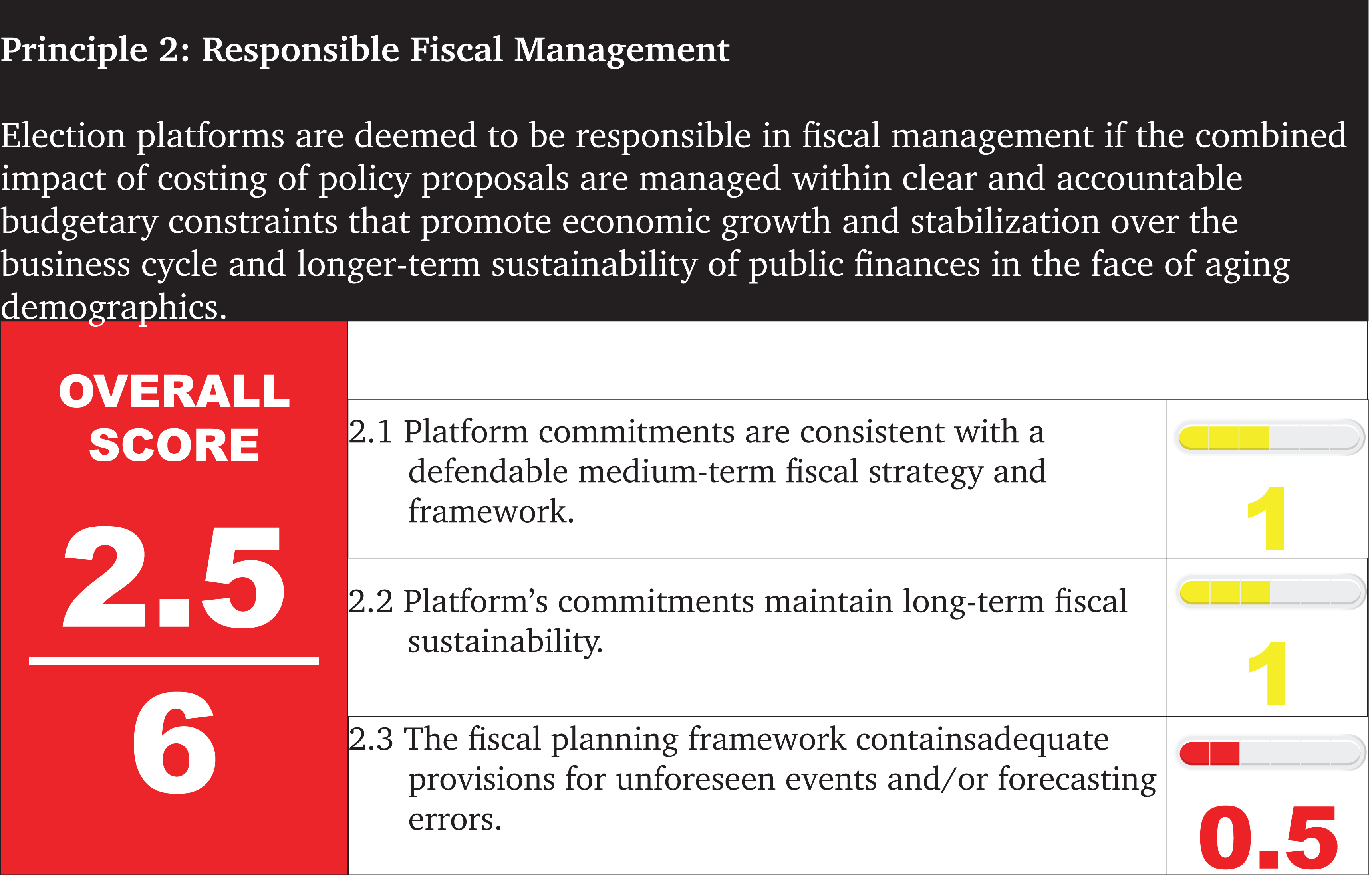 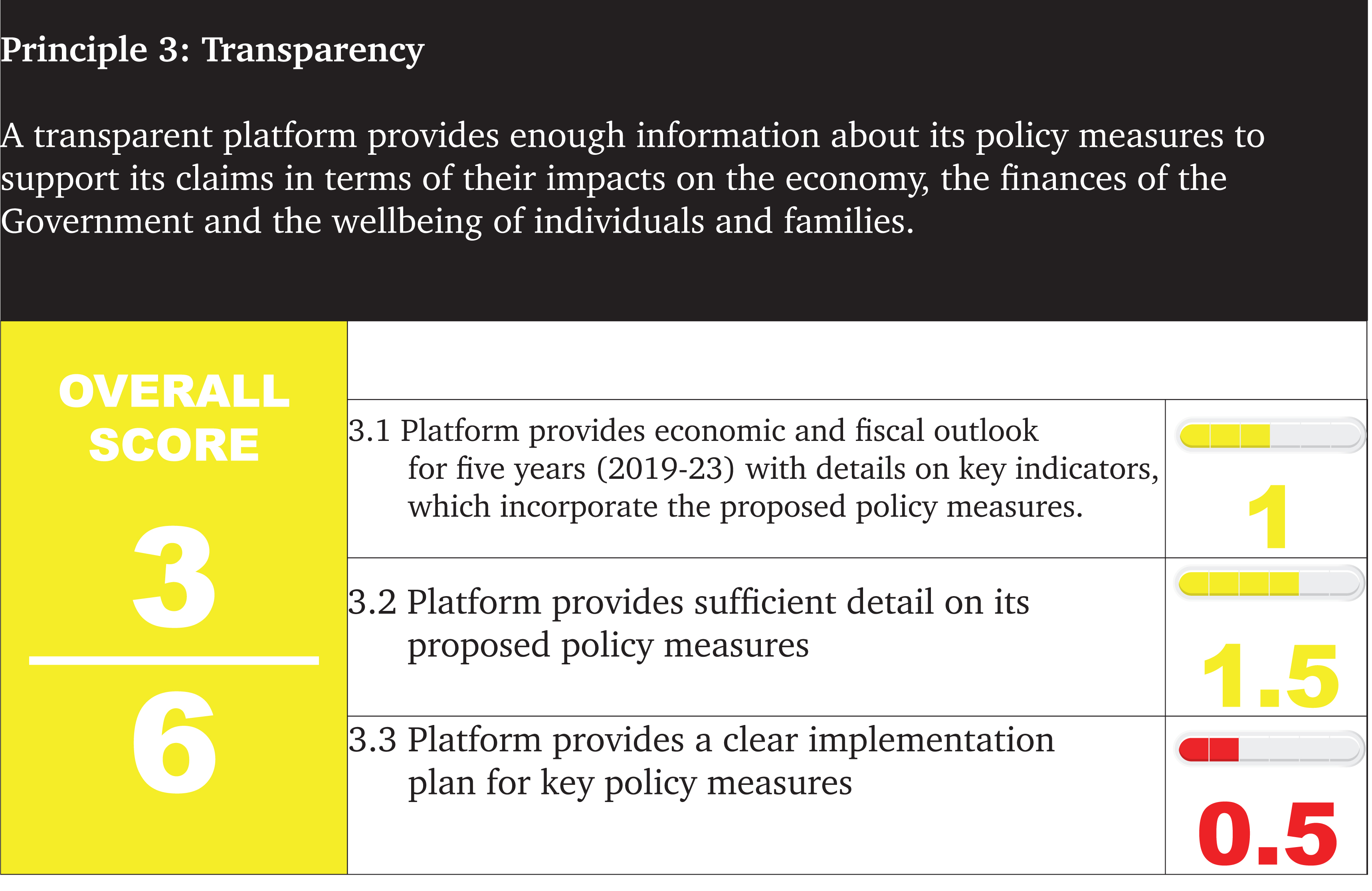