IFSD finds that that the Liberal Party Platform Costing merits an overall ‘good’ rating with a ‘pass’ on realistic economic and fiscal assumptions and a rating of ‘good’ with respect to the principles of responsible fiscal management and transparency.

The Liberal Party of Canada released its 2019 Party Platform (Forward: A Real Plan for the Middle Class) including a fiscal plan on September 29, 2019. The document includes policy commitments and a number of backgrounders on policy proposals, costing by the Office of the Parliamentary Budget Officer (PBO), and fiscal details.

IFSD finds that that the Liberal Party Platform Costing merits an overall ‘good’ rating with a ‘pass’ on realistic economic and fiscal assumptions and a rating of ‘good’ with respect to the principles of responsible fiscal management and transparency.

Overall the fiscal strategy in the Liberal Party Platform is one of modest fiscal expansion. There is a modest increase in the budgetary deficit over the medium term totalling some $30 billion over the next four years. The deficit increases initially (over 1 percent in 2020-21) and is projected to decline to $21 billion in 2023-24 (about 0.75 percent).

Proposed tax revenue decreases are largely offset by tax revenue increases. Planned spending is up about $10 billion in 2023-24. The debt to GDP ratio declines slowly over the medium term.

While there are close to 50 new fiscal measures, there are five measures that use about 70% of additional proposed deficit financed resources.  These measures include, the increase to the basic personal amount and additional resources to families, students, seniors and health care.

The Liberal Party Platform uses the PBO pre-election baseline forecast. The economic challenges highlighted in the platform largely relate to affordability and the need to strengthen the middle class.

The Liberal Party Platform uses a fiscal strategy based on four principles to guide fiscal policy over the medium term and ensure long term fiscal sustainability. Three of these principles include a fiscal rule (declining debt to GDP); a commitment to economic stabilization (if the economy falters); and a commitment to a triple A bond rating (likely necessitating fiscal sustainability). IFSD thinks the Liberal Party Platform merits a ‘good’ rating with respect to responsible fiscal management given the planned economic environment and the four-principle fiscal strategy.

The Liberal Party Platform scores a ‘good’ rating for transparency. It has met a good standard for party platforms with the use of the PBO forecast and costing, extensive backgrounds on policy and details on fiscal planning. Many of the proposed new measures are relatively straightforward to implement. However, some key policy commitments related to the environment and First Nations will require significant consideration for implementation. 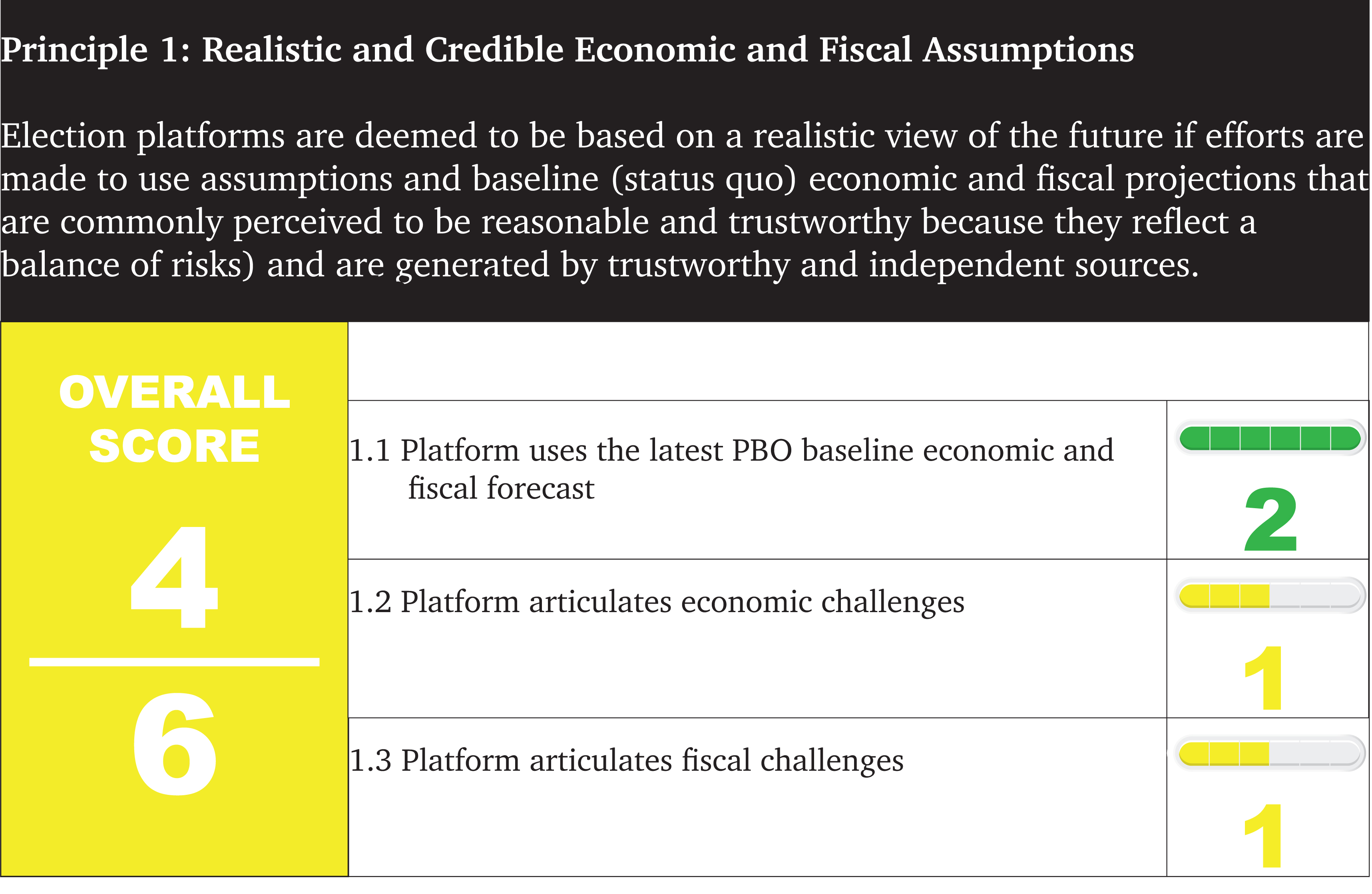 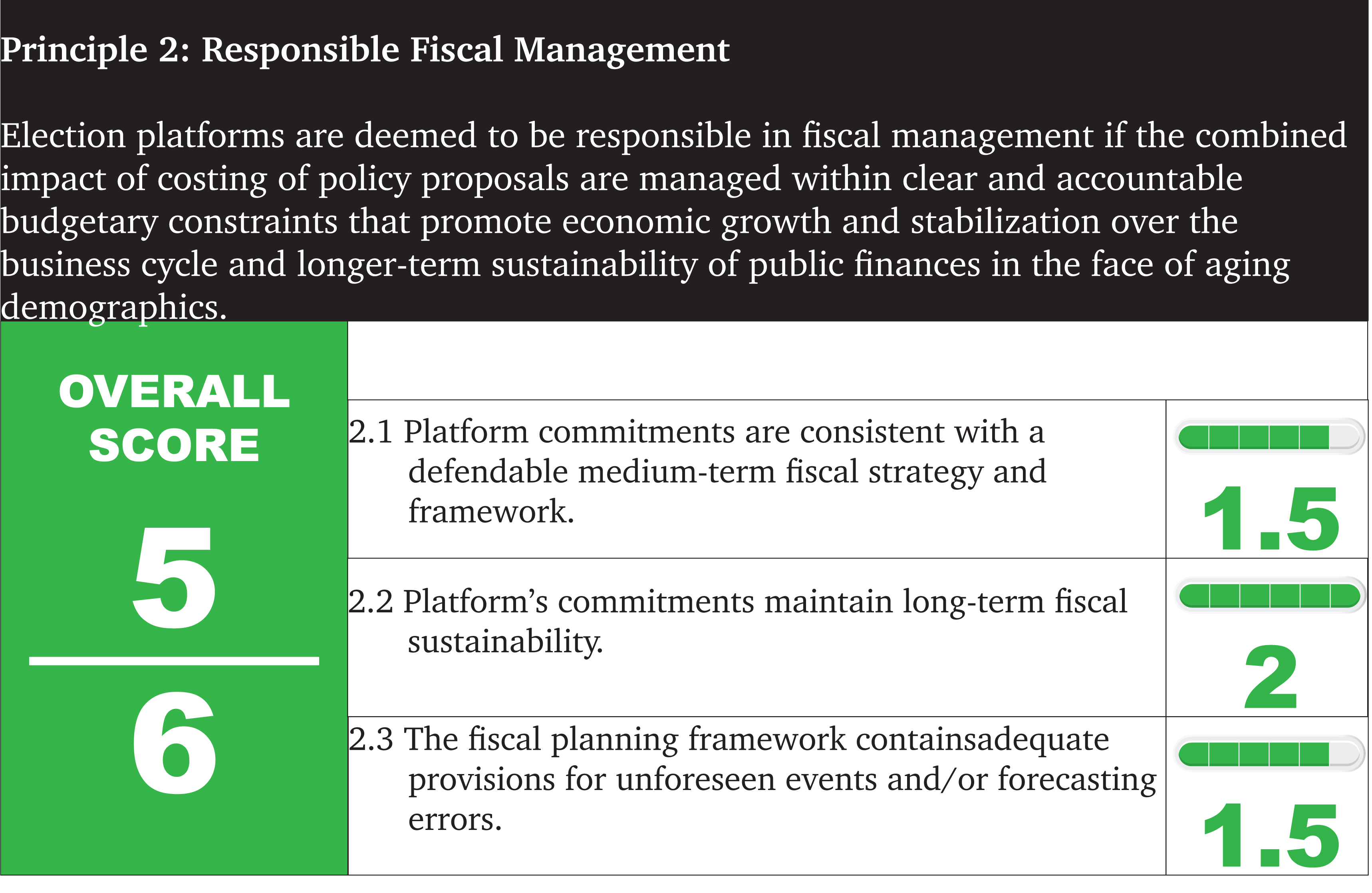 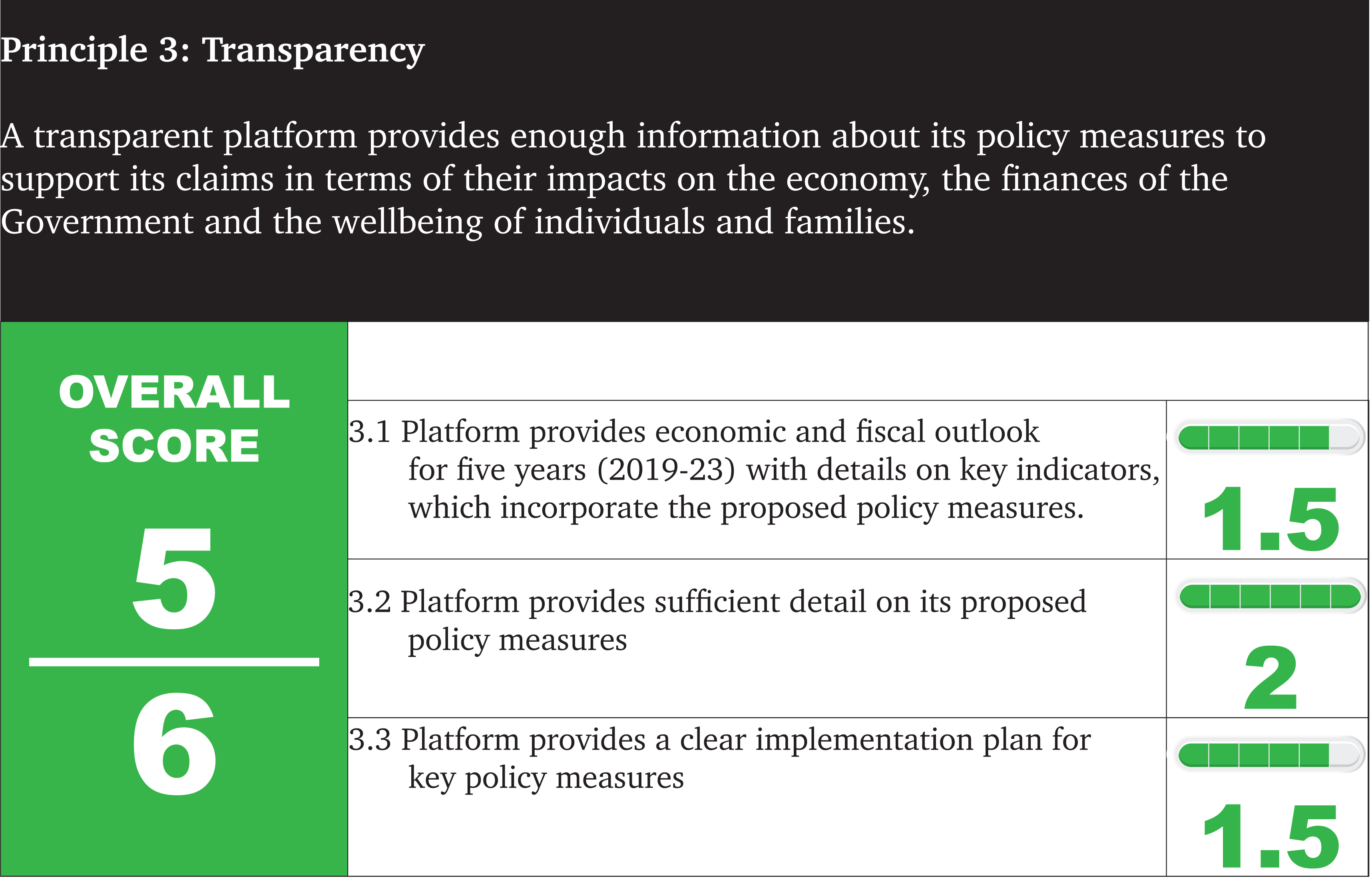