In September 2017, the unemployment outflow rate increased by 2% and the inflow rate increased by 5% (Chart 1).[1] These latest unemployment inflows and outflows support the view that the acceleration in economic growth in Canada has likely peaked, although is remains solid.[2] The outflow rate ticked up in September and is still hovering around post 2008-09 recession-highs. Moreover, the inflow rate is close to its post-recession low. On a quarterly basis, the combination of a drop in the inflow rate and a rise in the outflow rate has contributed to the decline in the unemployment rate in 2017Q3 (Chart 2). This suggests very strong demand for qualified workers e.g. a tighter labor market. In fact, the national unemployment rate is almost at its lowest level in nearly a decade (6.3% in October). As a consequence, it is no surprise to observe a recovery in wages across the country. The average hourly wage is up by 2.4% year-over-year in October, the highest pace since April 2016. Consistent with the IFSD’s latest economic and fiscal forecast, stronger wages should fuel a pickup in core and total inflation going into the next year. This is corollary to the view that the output gap in Canada is closed (Bank of Canada (BoC) view) or positive (IFSD view). Nonetheless, the BoC is likely to assess the economic impact of its recent interest rate hikes before deciding to tighten monetary policy again. Therefore, the IFSD has the view that the next interest rate hike is not coming before January 2018. 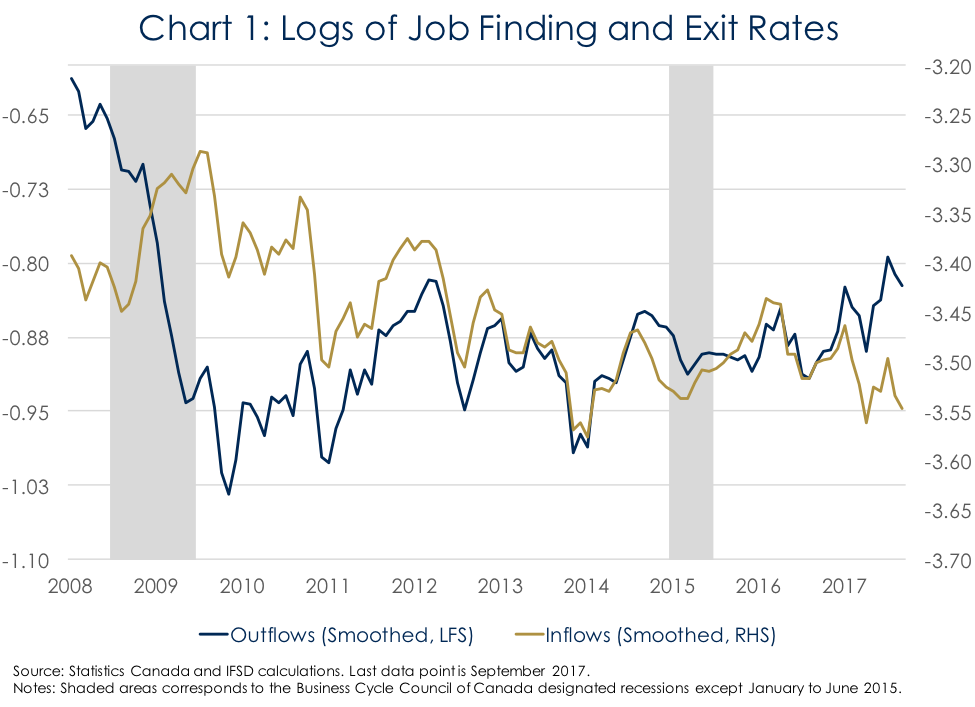 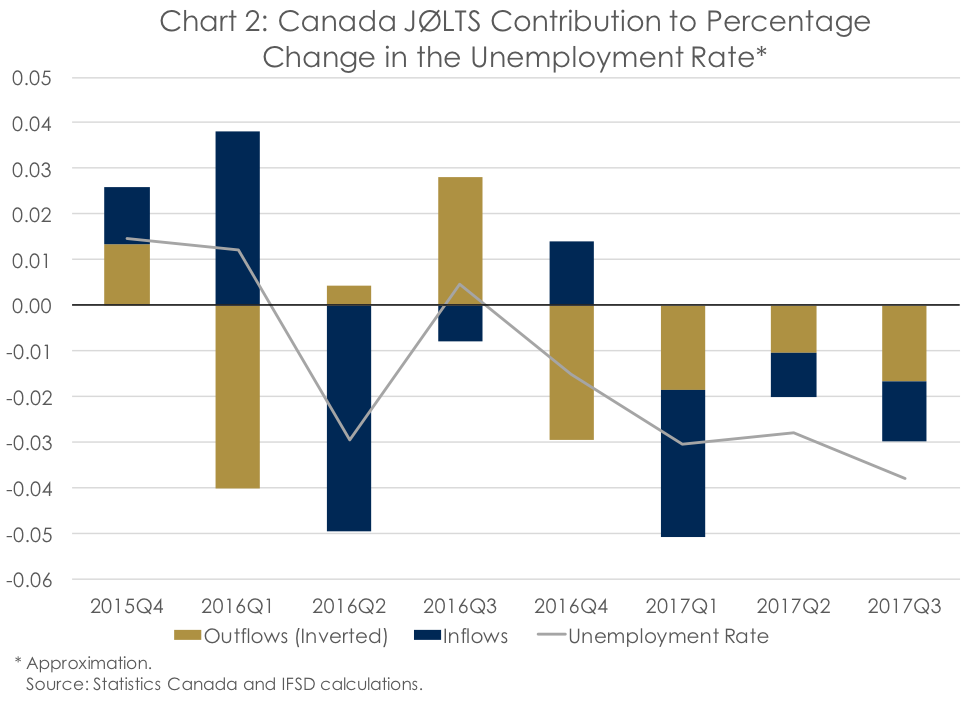 [1] To see through the volatility, Chart 1 is presented as a 3-month moving average.